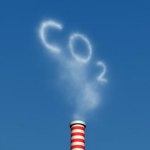 An energy bill that hit the floor of the U.S. Senate this week could provide assistance to the biomass energy industry.

U.S. Sens. Susan Collins and Angus King of Maine are backing an amendment that supports the classification of biomass as a renewable resource — a move that’s drawing fire from some environmental groups.

The Senate is debating a broad energy policy bill, the first in almost a decade. It includes an amendment written by Collins and co-sponsored by King that would require federal agencies to recognize energy from forest biomass generators as carbon neutral.

King told his colleagues that biomass plants burn fuel that would not otherwise play a role in the forest products industry, including bark, branches, mill waste and log ends.

“The kind of thing that otherwise lies on the forest floor, dies and decays and releases carbon,” he says. “There is no net addition of carbon. Now to be intellectually honest you have to say that burning it releases that carbon somewhat sooner than it would be otherwise released. But in the overall term we’re talking about a renewable resource.”

Sami Yassa, an NRDC scientist based in Kittery, says the language will undermine the EPA’s ability to make science-based determinations about whether any given biomass generator really is carbon neutral.

“Our opinion is that the EPA should assess whether the bark, or the trees, or the slash will increase emissions,” he says. “It is not the place of congressional fiat to establish categorically that it all must be carbon neutral. That is simply bad science, and it is bad policy.”

Yassa cites several scientific studies that suggest it could take decades or even a century for enough trees to regrow and absorb carbon to counterbalance the quick carbon release when wood is burned to make short-term energy. He says the amendment will make it harder to fight global warming, and harm international efforts outlined in the recent Paris climate talks.

“Nothing could be further from the truth,” says Collins, who has her own body of science to reference — and she entered into the congressional record a letter from 100 scientists on the benefits of biomass. “Forests in the United States are robust and sustainably managed. And climate science has consistently and clearly documented the carbon benefits of utilizing forest biomass for energy production.”

Her amendment was adopted by unanimous consent.

Yassa says if the overall bill is enacted, the NRDC will seek other forums to fight its biomass provisions.

The Portland-based Biomass Power Association, meanwhile, strongly supports the measure. But association president Bob Cleaves says it won’t have any short-term benefit for Maine-based biomass facilities in Jonesboro and West Enfield that are due to close next month — closures resulting from their inability to compete in today’s energy markets, which are driven by low fossil fuel prices.