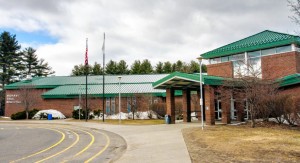 Citing insufficient data proving that a wood-pellet biomass boiler is a cleaner energy option than propane-fired boilers for the Mohawk Trail Regional School building, the town Board of Health is asking that Mohawk’s building subcommittee not go forward with plans to replace “the existing exceptionally clean burning propane heating system with an unsubstantiated, but suspected to be much less clean-burning biomass pellet system.”

In a letter sent this month to the building subcommittee, the health board said it appreciates the financial incentives for such a switch, but that “public health impacts must be fully disclosed before such a proposal can get the green light from the Board of Health.”

Among the board’s concerns is that it has not been able to review air quality emissions impacts from this proposed project, especially particulate matter pollution levels. The board also said it is concerned that there is a lack of wood ash disposal.

The board said it “strongly opposes this project,” but would be happy to revisit the issue if the Department of Energy Resources or other consultants provide a site-specific health impact assessment proving the conversion from propane to wood pellet furnaces would have a positive impact on children’s health.

Mohawk has applied for a Schools and Public Housing Integrating Renewables and Efficiency (SAPHIRE) grant for both Sanderson Academy and the Mohawk Trail Regional School. According to building subcommittee Chairman Budge Litchfield, Mohawk has also applied to the state School Building Authority to help pay the capital costs.

According to a report by BEAM Engineering in December 2015, substituting the use of 301 tons of wood pellets for 30,776 gallons of propane each year would result in an annual savings of about $14,000 per year in fuel. Also, the SAPHIRE grant, if awarded, would pay for about 75 percent of the $300,000 installation cost of the biomass system. A comparable system to the one proposed for Mohawk has already been installed at Greenfield Community College, according to the report.