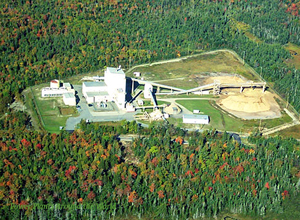 A majority of the Legislature’s Energy, Utilities and Technology Committee voted Friday to reject a proposal that would bail out the state’s six ailing biomass energy plants, but the panel left open the possibility that $10 million in taxpayer money could be used to rescue the industry.

The vote followed lengthy private deliberations during which lawmakers contemplated amendments to a proposal introduced earlier this week that would effectively have Maine electric ratepayers subsidize biomass power generators. The plants have helped retain hundreds of jobs in the forest products industry but are costly and inefficient, and are having trouble competing amid low oil and natural gas prices.

Lawmakers on the committee repeatedly expressed skepticism that the Legislature should rescue an industry that some consider increasingly outmoded. However, the prospect of job losses – in an election year – also weighed heavily on legislators’ minds.

“The evidence that I have seen has not convinced me that this plan will sustain them,” said Sen. Dawn Hill, D-Cape Neddick, the assistant minority leader.

“We’re asking all ratepayers to pay for this and some of these people are dirt-poor,” she said.

Projected costs of the bill are varied, but electricity customers could pay anywhere from $8 million to $41 million more a year if the original proposal passed. That could translate on the high side to an increase of $2.29 a month on a typical home bill, according to Central Maine Power, and up to $54,613 a month for a large business.

The potential costs for the amended version, proposed by Sen. Nathan Wadsworth, R-Hiram, are not yet known and neither is the legality of a proposal that would require the plants to sell power only to Maine power generators. The analyst for the committee questioned whether Wadsworth’s amendment would pass constitutional muster.

Seven members of the committee voted to oppose Wadsworth’s amendment. But some said they were open to a proposal floated by Rep. Mark Dion, D-Portland, that would effectively finance a new biomass contract with $10 million from the state’s Rainy Day fund. Details of that proposal are not finished, but could be completed as soon as Monday.

Sen. Garrett Mason, the Republican majority leader from Lisbon Falls, took a dim view of using the Rainy Day fund, echoing previous remarks by the LePage administration that the state should be replenishing the account in accordance with the advice from credit rating agencies.

Recently, the combination of low natural gas prices and the loss of renewable energy credits in Massachusetts led Covanta Energy to announce that it would shut down its two Maine biomass plants. The company said Wednesday that the plant in Jonesboro went off line this week, but the one in West Enfield was still operating for now. Four other plants owned by ReEnergy Holdings LLC are at risk of closing if similar credits in Connecticut are phased out starting in 2018. They are in Ashland, Fort Fairfield, Stratton and Livermore Falls.

The loss of the biomass market would be a huge blow to the logging industry, according to the Professional Logging Contractors of Maine. The group has estimated that the complete loss of the biomass industry in Maine would cost 400 jobs at the biomass plants and at least another 900 related jobs. Total economic losses to the state from the losses could be as high as $300 million per year, the group says.

Joel Harrington, representing CMP, said that adding $130,000 to $540,000 a year to the bills of large customers could force some of them to lay off workers or shut their doors. Harrington also noted that biomass plants have received more than $2.6 billion in ratepayer subsidies over the past 20 years, and despite that, half of them have closed since the 1990s because they weren’t competitive.