Posted on May 6, 2016 by TheBiomassMonitor 2 comments 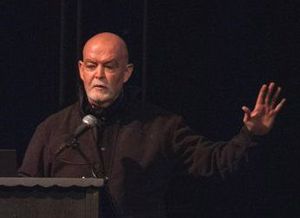 Unsolicited thoughts on the 2016 Arkansas Fire Sale from an ecologist who wants Arkansas to stop trying to be like Mississippi.

Ecologists learn from dogs. Dogs are glad to teach and listen to anything people have to say. Stray dogs are the best; they are experienced and willing to help. Ecologists understand people and all living creatures are connected and interdependent with equal rights and responsibilities to care for the Blue Planet and each other.

When I first heard of the Sun Paper fluff mill last December, it sounded like a great idea for China. Not much was known; some said it had to do with solar panels. The new information and the site of the mill near the Ouachita National Forest makes a bad dream a terrifying nightmare.

Last night I took two of my dogs for their nightly walk. It was very quiet and Remy noticed a very faint sound. We stopped to listen: 1.4 billion people in China were laughing at Arkansas, giving China over $160 million just to beat Mississippi, and deal with air and water pollution from the fluff mill.

Paper mills stink like rotten eggs. If you live within 20 miles, there is nothing you can do. When the wind blows and the conditions at the plant are just right, the stench will be hard to ignore as far as Little Rock. The smell of “money” is part of the deal.

Pulp mills are bad for public health. The Newsweek April 12, 2016, report “How a paper plant in Arkansas is allegedly poisoning the people of Crossett,” tells a grim story. The “allegations” go back to 1990; cancer deaths are real.