[NEWS] Whatever Happened to Advanced Biofuels? 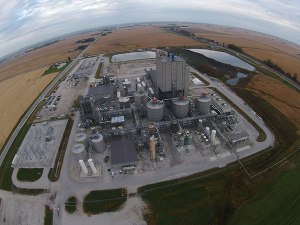 The Project Liberty plant is a multi–$100-million effort to get ethanol for cars past the obstacles of food-versus-fuel debates, farmer recalcitrance and, ultimately, fossil fuels. It is also the fruition of a 16-year journey for founder and executive chairman Jeff Broin of ethanol-producing company POET—an odyssey that began with a pilot plant in Scotland, S.D., and progressed through a grant of $105 million from taxpayers via the U.S. Department of Energy (DoE).

The government invested because of hopes that such advanced biofuels could reduce global warming pollution from vehicles compared with gasoline. And making ethanol from inedible parts of corn plants is perhaps better than using the edible starch in corn kernels that could find use as food or feed for animals. “We’re processing about 770 tons a day of corn stover—basically the leftovers from the cornfield—into ethanol,” Broin told me during a tour of POET’s new Project Liberty facility, which makes ethanol from cellulose and is located next to a traditional facility that produces the fuel from the starch in corn kernels. “[It’s] one of the first plants in the world to do that, so we’re pretty excited.”

The ability to make fuel from corn stover is the result of nearly two years of tinkering since the plant officially opened in September 2014. And Project Liberty is one of the culminations of an American effort to break oil’s monopoly on transportation fuels in favor of domestically grown biofuels. Most recently, the U.S. Congress mandated that a certain percentage of the fuels used in U.S. vehicles come from biofuels under the terms of the Renewable Fuel Standard federal program, which came into effect in 2005 and mandates the development of biofuels. The RFS put a particular focus on biofuels that do not come from food, as traditional corn ethanol comes from starch that can serve as food or animal feed. The great hope was for cleaner, greener ethanol to be made from cellulose, the inedible plant fiber in the corn leaves, stalks, husks and cobs.