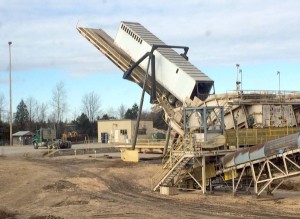 Friday is the deadline for the Maine Public Utilities Commission to receive bids for a controversial contract to bail out the state’s ailing biomass energy plants.

The contract could tap over $13 million in taxpayer funds to assist an industry that some worry can no longer compete on a level playing field. And the potential beneficiaries of the bailout continue to reward the legislators who backed it.

Lawmakers approved a controversial bill to rescue the ailing industry by a margin of nearly 3-1. But many in Augusta weren’t thrilled about it. The ambivalent included Gov. Paul LePage, who quickly, but quietly, signed the bill into law in April.

“When I sign that bill I’m going to have a clothespin on my nose — because it stinks,” LePage told Republicans at the state convention earlier this year.

LePage also says that he was upset with the biomass industry because owners of the plants haven’t invested in upgrades. Those investments, he said, would allow the operators to compete with the oil- and natural gas-fired plants that are currently pricing biomass out of the market.

“They can be competitive if they invest in their plants, but they refuse to. And they’re just milking the plants, just like we’ve seen over the last several years,” LePage says.