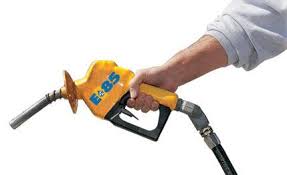 Pull up to just about any gas station pump in America and you’ll see a sticker noting that the gas in that pump contains ethanol. It’s all around you, but most people don’t know much about ethanol.

What’s it doing to your car, and why’s it there in the first place. Aah, now that’s a good story.

What is fuel ethanol?

Ethanol is alcohol. It’s the same stuff that’s in vodka and every other alcoholic drink, and it’s made the same way – by fermenting corn or other biomass. But when it’s used for fuel purposes, the refineries put some extra chemicals in it to make it poisonous and unfit for human consumption, then they mix it with gasoline. In case it’s not obvious, you really don’t want to consider fuel ethanol as an alternative to your favorite cocktail. Heck, if you’re bringing cocktails to the gas station, you’ve got bigger issues. Drive responsibly and all that. but we digress.

Ethanol is different from methanol, which is wood alcohol. That stuff is already poisonous in its basic form, and they use it on some very high-powered racing engines but not in production fuel for street vehicles.

Ethanol has a long history in America. Over 100 years ago, Henry Ford designed the first Model T to run on ethanol or gasoline — the original flex-fuel vehicle. He did this because gasoline was not commonly available everywhere in 1908, and farmers could produce ethanol very cheaply and use it to fuel their vehicles – essentially, you could run your Model T on moonshine. Ethanol also made a comeback as fuel during WWII when gasoline was strictly rationed.