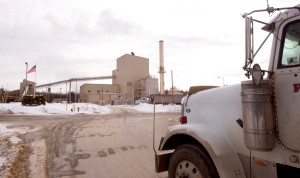 To keep their share of a $13.4 million bailout over the next two years, two Maine biomass plant operators have promised to keep 87 people employed, according to agreement details disclosed for the first time this week.

The bailout, which was sought by the logging industry after several paper mill and biomass plant closures, also promises to restore employment in the woods. In addition, the companies — ReEnergy and Stored Solar, which purchased two Covanta plants in Maine — will invest a combined $4.5 million into their plants.

Each of those 87 biomass plant jobs, according to estimates from the Professional Logging Contractors of Maine in legislative testimony, support about more than two logging jobs. Roughly, this estimate means the bailout could support about 283 jobs, directly and indirectly.

This means about $23,700 in taxpayer dollars will support each job, per year of the agreement.