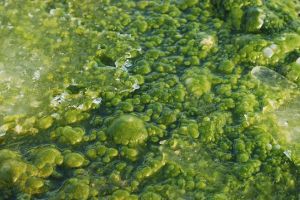 City leaders gathered Tuesday to learn more about two possible business ventures – one that would be run by the city, and the other by a private company.

The Committee of the Whole heard presentations by Magellan, the city’s broadband consultant, and Green Vision International. The meetings give council members an opportunity to discuss particular issues at length, but no action is taken.

Green Vision International has been working with the Illinois Sustainable Technology Center at the University of Illinois on a biomass recycling project that could be launched commercially in Rock Falls.

Don McFarland, vice president and chief operating officer at Dixon-based Green Vision, told the council that the technology would use human and animal manure to produce biocrude oil and algae.

“The back end of the biomass conversion process is used to produce various strains of algae that have a variety of business uses,” McFarland said. “We would start with three algae models, but there are many types.

Users of the algae, which is difficult to produce in large quantities, include the food, pharmaceuticals, and cosmetics industries.