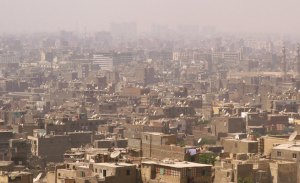 A commission set up by British medical journal The Lancet has published a report on the global impact of pollution on the health of populations and the output of their economies. This finds that pollution was responsible for 9 million premature deaths in 2015, and 16% of all deaths worldwide.

Overall, pollution was responsible for three times as many deaths as HIV, tuberculosis and malaria combined, and 15 times more deaths than war and other forms of violence. In economic terms, it reduced GDP in low and middle-income countries by up to 2% a year and accounted for 1.7% of annual health spending in high-income countries. Welfare losses due to pollution are estimated to amount to $4.6 trillion per year, or 6.2% of global economic output.